Demigos
Blog
Healthcare
AI In Healthcare: A Market Up For Grabs

AI In Healthcare: A Market Up For Grabs

Artificial Intelligence is no longer science fiction. And in real life, its purpose turns out to be way more utilitarian and practical than in famed Hollywood movies. A number of fields, markets and businesses will be tremendously influenced by the development of AI in the next few years. In this article, we’ll touch upon one of the most obvious of such spheres – Healthcare.

In 2015, AI market size in healthcare was estimated at $650 million, and the market forecast is that it reaches $6,000 million by 2021, growing at a CAGR (Compound Annual Growth Rate) of 44.8%. Today, it is mostly a B2B market, where one sells his AI-based solutions to mid-size clinics and hospitals. But in the years to come, there is a vast potential for AI integration in almost every aspect of medical care.

Let us think of possible applications of artificial neural networks in medical science. Here are the areas they will most certainly be applied in.

Logical thinking of a medical practitioner involves a lot of subjective decision-making, and its complexity makes traditional, quantitative approach of analysis inappropriate. Computer-based diagnostic tools along with a vast knowledge base would certainly help in early diagnosis of various conditions. The intelligent decision-making systems can appropriately handle both uncertainty and imprecision.

Modern clinical tests can tell a lot about a person’s health. Oftentimes, however, the test outcome can indicate not one, but many health problems, and the decision of which one to treat lays on the doctor’s shoulders. This is especially the case with complex conditions, which require adaptive treatment. If a neural network could suggest interpretations instead of just showing the indicators or images – it would greatly facilitate the doctor’s decision-making process.

Such systems would also help scan digital images, e.g. obtained by computed tomography, and highlight conspicuous areas as possible diseases. A typical application of such technique is tumor detection.

Due to recent technological advancements, the quality of phonocardiography signals is no longer an issue. However, the appropriate algorithms for auto-diagnosis of heart diseases, which would be capable of distinguishing the known pathological states, have not been developed yet. The main issue is a non-stationary character of phonocardiography signals, as well as wide range of distinguishable pathological heart sounds. Advanced pattern recognition, performed by the AI within milliseconds could bring heart sound analysis to a whole new level.

Companion robots for the elderly

The elderly market is huge. Care robots can turn out the next thing to make the life of senior people easier. A lot of elderly people need care, which can only be provided by a human. However, simple tasks such as switching on the TV, finding lost slippers or loading the dishwasher can be easily handled by robots.

This market will function in both B2B and B2C. A vendor can either sell robots to elderly care associations and retirement homes, or directly to the people in need and their relatives. In any case, a care robot capable of handling basic tasks for a senior person will be viewed as a smart purchase.

“Medical discoveries have always been based on hunches,” says Dr. Russ B. Altman, physician and professor of bioengineering and genetics at Stanford. “Unfortunately, we have been missing discoveries all along because we didn’t have the ability to see if a hunch had statistical merit. Searchable databases make it possible to follow up these hunches.”

The use of electronic records may also help scientists avoid the sidestep of raising medical research costs. “In the past, you had to set up incredibly expensive and time-consuming clinical trials to test a hypothesis,” says Nicholas Tatonetti, assistant professor of biomedical informatics at Columbia. “Now we can look at data that has been already accumulated in electronic medical records, and squeeze out the information we need from there.”

One of the most thrilling AI applications in this field would be personal DNA analysis. AI can be paired with DNA analysis to discover non-obvious or indirect correlations. This practice would help evaluate the possibility of hereditary diseases and conditions.

IBM Watson has launched a special program for oncologists – and I interviewed one of the professors working with it – which is able to provide clinicians with evidence-based treatment options. Watson for Oncology has advanced ability to analyze the meaning and context of structured and unstructured data in clinical notes. This may turn out critical in selecting a treatment scenario. By combining the attributes from the patient’s file with clinical expertise, external research and data, the program identifies potential treatment plans for a patient.

The lion’s share of modern physician’s daily work is basically just a routine. Why not let the artificial neural network do it, so that the specialist can be focused on more human-involving tasks? IBM has recently launched another interesting algorithm called Medical Sieve. It is an ambitious long-term exploratory project, aimed at building a next generation “cognitive assistant” for doctors. This assistant would possess analytical, reasoning capabilities, and wide range of clinical knowledge. Medical Sieve would be qualified to aid in clinical decision making in radiology and cardiology. The “cognitive health assistant” would be able to analyze radiology images to spot and detect problems faster and more reliably. Radiologists in the future should only look at the most complicated cases where human supervision is essential.

Today, discovering a new medicine costs nearly $2.6 billion, and can take up to 14 years of trial, error and clinical tests. This is certainly right way for the XXI century. BenevolentBio aims to use deep learning and natural language processing AI to understand and analyze vast quantities of bioscience information. So far, they have already identified two potential drugs for amyotrophic lateral sclerosis (better known as ALS). And it seems this technology could really reinvent the way we discover new treatments.

The above described fields are where AI in healthcare will undoubtedly shine in the next couple of years. But right now, the market is still in adolescence. Let us see what players are already taking their share. Below are some of the best examples of Artificial Intelligence in healthcare today:

Artificial Intelligence has become the new black in the world of technology. There still are a lot of opportunities and unknown ways of its practical application. So don't hesitate to invest in AI development. Chances are, it will bring your business a fortune in the next decade. 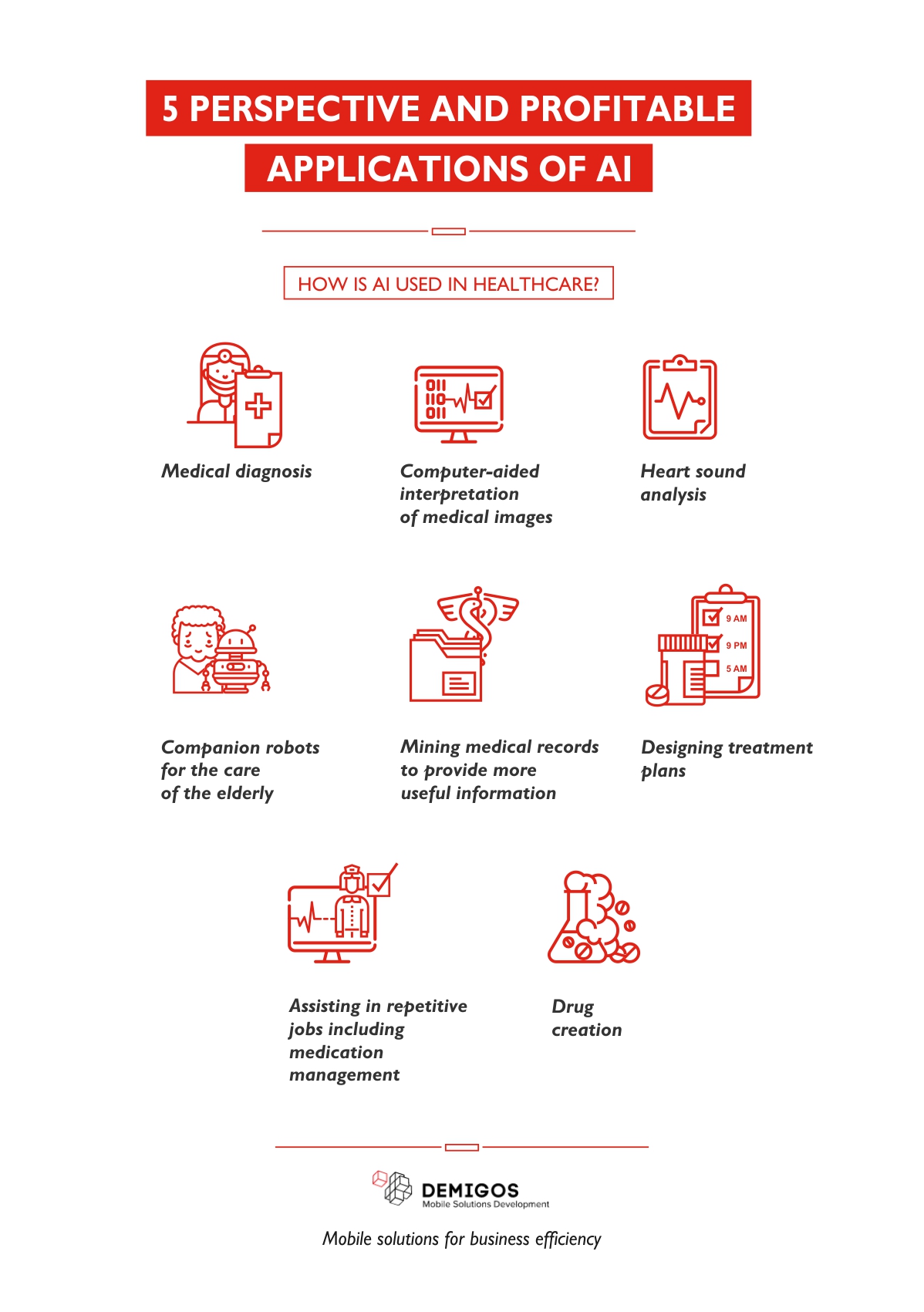 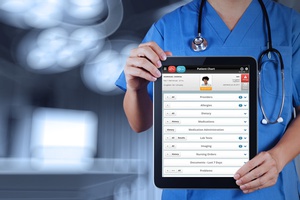 Discover the benefits and pitfalls of hospital management system development. 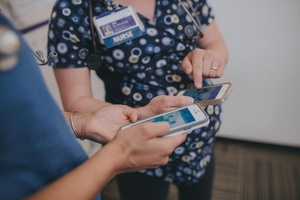 The global healthcare system faces a shortage of workers, but an on-demand job marketplace could be part of the solution. 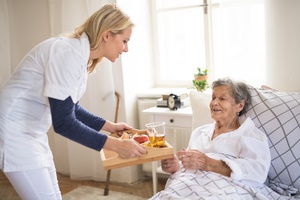 You will learn how to build an in-home senior care software solution on the Wendy’s team example.